Graduation presents for the Class of 2012!

A college graduation present for Liz! 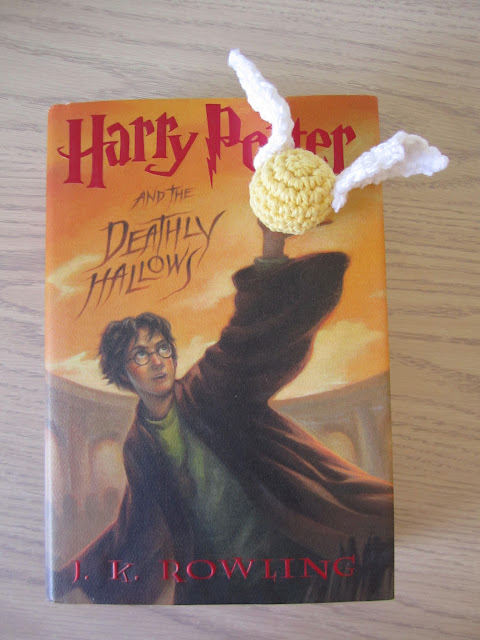 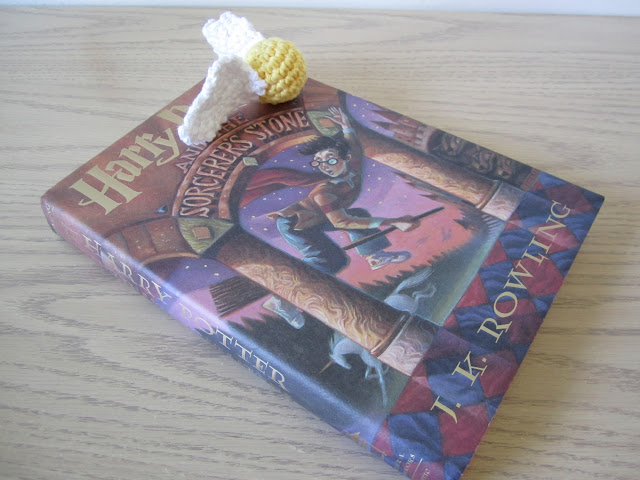 Doesn’t work quite as well with this book. :/ 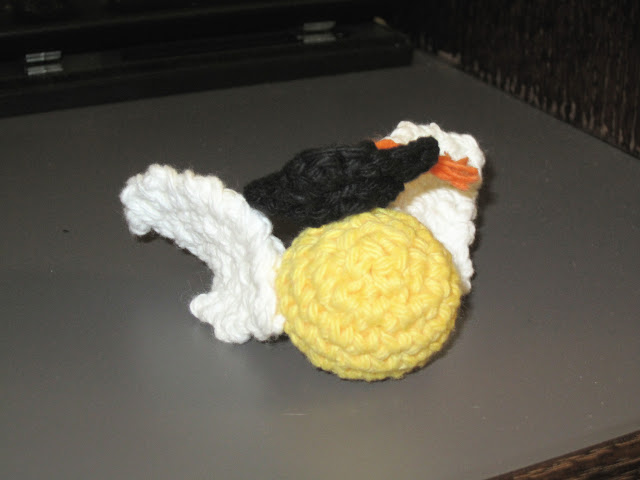 Sorry about the poor photo quality: I didn’t finish the cap until the last minute, and I couldn’t find a place with good lighting.

It’s the smallest graduation present I’ve made, but the small size is necessary! I didn’t intend for the Snitch to be exactly the right size for the 7th book cover, but I did try to make the Snitch “tiny, about the size of a large walnut.” (Sorcerer’s Stone p. 169) The wings are bigger than what J.K. Rowling describes (“It was bright gold and had little fluttering silver wings.” Id.), but I like the way these look–Liz, I hope you do, too!

So apparently everything I made before the Snitch was actually inside out. For some reason, I thought the right side was supposed to be on the inside. The wrong side is smoother overall (i.e. less bumpy), but it’s also rougher (i.e. fuzzier and not as smooth on a smaller scale). It’s not really noticeable unless you crochet yourself. But everything starting with this Snitch has the right side facing out! 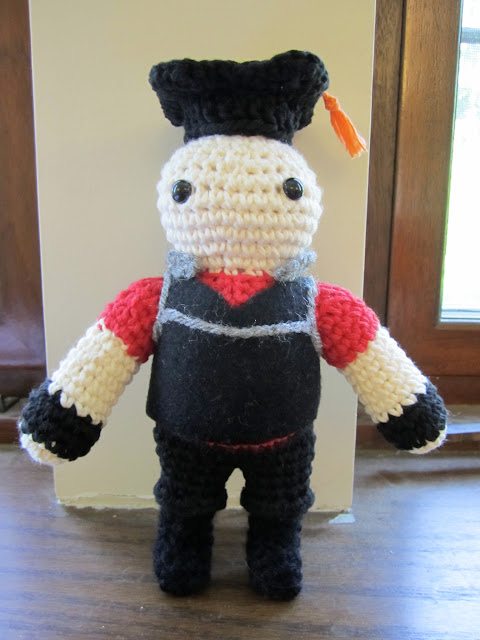 In progress photos, just the crochet parts (i.e. before I made the vest):

I apologize for the poor lighting in these photos–I failed miserably at time management and didn’t finish the heavy and his cap until the last minute, so I didn’t have time to find good lighting.

The heavy’s head, torso, legs, and boots are all one piece. Only his arms needed to be sewed on. I like having fewer things to position and sew on, and fewer ends to weave in. :)

It bothers me that I couldn’t make the heavy a bullet belt. I ran out of time, but I also am not sure that I would have made the bullet belt even with more time. Because each bullet has three colors and is so small, it would probably take at least half an hour to crochet each bullet (not sure that not crocheting them would be much easier). Given how many bullets are in a bullet belt, I wouldn’t be inclined to make all the bullets unless I only made one or two bullets at a time, spread out over a week or two.

Squirrel in a creampuff

French-, Princeton-, and edible-style congradulations for M. Hogan, as requested. 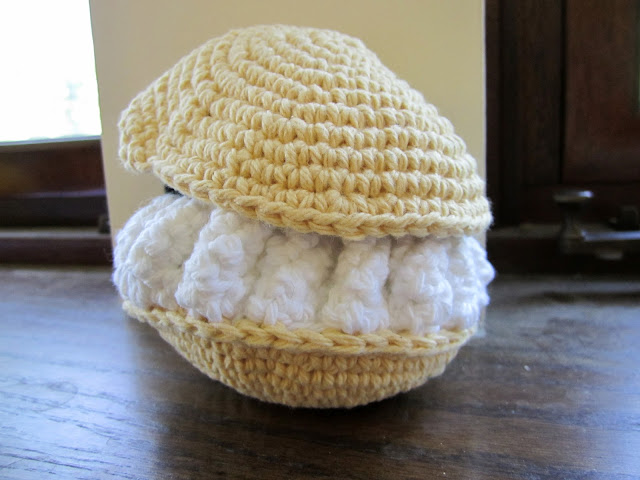 Hey, a giant cream puff. I wonder what’s inside.. 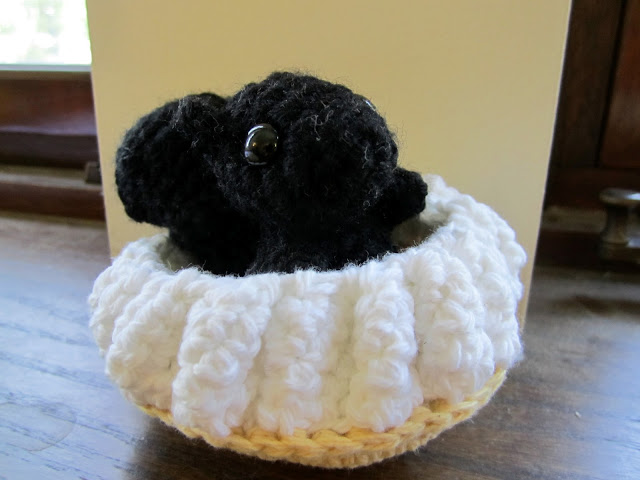 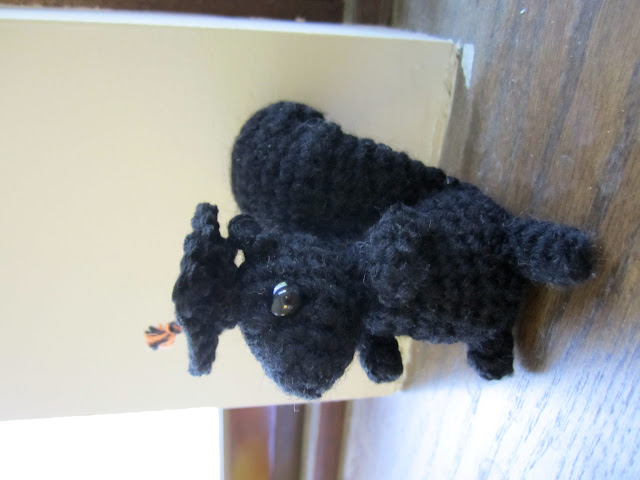 Again, apologies for the poor lighting in the photos, especially bad because black yarn is hard to photograph well even in good lighting. Another fail at time management on my part.

I am extraordinarily pleased with how the squirrel turned out. I should have put some weights in his feet to prevent him from tipping backwards (because of his big tail), but he turned out even better than I imagined!

The cream puff, on the other hand, wasn’t quite what I had intended. I didn’t have enough time to make the top properly cover the squirrel inside, or to make the pastry part more realistic (i.e. bumpier and more like something that’s expanded in an oven). But on the whole, I’m quite happy with the giant puff, especially how the cream ruffles just right, like piped-on whipped cream.

13 thoughts on “Past Projects”